Blog: Can I still get the state pension even when I’ve paid no PRSI stamps??

Bruen Financial Services - State Pension - Blog: Can I still get the state pension even when I’ve paid no PRSI stamps?? 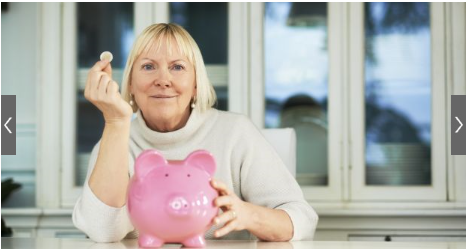 It is always a part of a discussion with a client, particularly those who are 10 years out from receiving their state pension. For 1 person in a couple who’ve never worked; maybe worked abroad, or maybe just didn’t work enough to earn enough contributions to qualify for a contributory State pension in Ireland.

The good news is they may be entitled to what’s known as a non-contributory pension. This is paid out to people over the age of 66 who are resident in Ireland. It is paid at a rate of over 95 per cent that of the contributory pension’s maximum rate. This means that, while the top rate on a contributory pension is €243.30 a week, they can still get up to €232 a week, even if you haven’t contributed enough over a working lifetime.

Crucially, however, it is a means-tested payment. So, while its top value may deliver annual income of up to €12,064, it may be worth as little as €234, or nothing at all if you don’t qualify because of other income or savings. That could mean anything from €181,000 if you live and get to claim it at the full rate for 15 years, or as little as €3,510 over that same period if you are on only the minimum payment.

According to the Department of Employment Affairs and Social Protection, some 95,092 people were in receipt of this payment as of the end of September 2018. Over 70 per cent of them were being paid at the maximum rate.

When working out an applicant’s ‘means’, the family home is not considered in the equation

So who is eligible for such a payment and for how much?

The clue to how it works is in the name – you don’t contribute to it by virtue of having paid PRSI stamps throughout your working life. Rather it is distributed on a basis of need. This means, however, that the State is a lot more circumspect in doling out benefits.

Crucial in qualifying for the payment is how much money you have through your own means. When assessing what you might be entitled to, the department will take into consideration a number of sources of income, including any cash income, such as a pension from another country.

An applicant may have up to €96,000 in capital, earn up to €200 per week from insurable employment, and be entitled to a reduced personal weekly rate of payment, currently €7, just above the lowest weekly rate payable of €4.50.

If you have assets/income greater than this, and your overall assessed means exceed the weekly statutory limit of €257.50, you have no entitlement to the payment.

When working out an applicant’s “means”, the family home is not considered in the equation. Thereafter, the first €20,000 in savings or “capital” is also disregarded.

Other income not counted in the means test includes the first €200 in earnings each week if you are still working, as well as any welfare payment, and certain payments from the Health Service Executive.

If you rent out a room in your home, this rent may also be disregarded from the calculations.

How is this calculated?

As it’s primarily a payment to ensure that everyone has a basic subsistence standard of living in their retirement, the department will want to see that you’re spending all, or most, of your pension each week. If you don’t, it could affect the future payment you’ll be entitled to. For example, if you go into a nursing home or hospital for a spell and end up saving most of your pension each month, your payments could fall.

“If you choose to save part of your pension, those savings will be means-tested in the same way as savings from any other source (for example, from an increase in earnings, from an occupational pension or from an inheritance),” the department says.

Recipients of the non-contributory State pension may be entitled to a number of increases which can help drive up their weekly payment. Those aged 66 or over and living alone, for example, are entitled to an additional €9 per week, while an extra allowance of €10 per week is automatically paid when recipients reach 80 years of age.

In addition, the fuel allowance pays an increase of €22.50 per week to help with the cost of heating homes during the winter months, although there is only one such payment per household.

Changes on the horizon

The whole pensions landscape is currently under review as the Government considers, on the one hand, auto-enrolment, which will pull more employees into having private pensions, and, on the other, discussions on a move to a total contributions approach (TCA) for the contributory State pension from 2020.

But where does this leave those depending on the non-contributory pension? According to the department, there is no “signalled impact” from the move to total contributions as the calculation of payments under TCA applies only to contributory pensions.

However, there may be some impact – and it could be positive. Some people who actually qualify now for a contributory State pension, but are taking the non-contributory payment because they are entitled to a higher payment through this scheme, may end up doing better through a contributory pension once the system is changed.

Even if your partner only qualifies for a non-contributory pension, you may be entitled to an qualified adult payment also.

People are entitled to go for the pension type which yields them the highest weekly rate.

Who qualifies for a non-contributory State pension?

The whole pensions landscape is currently under review.

Their assessed means exceed the statutory limit, so neither qualify for the non-contributory pension.

When do I get a non-contributory pension?

*Please note that the provision of this advise does not require licensing, authorisation, or registration with the Central Bank and, as a result, it is not covered by the Central Bank requirements designed to protect consumers or by a statutory scheme.